Skip to content
Texas Governor Greg Abbott signed a new law this Monday legalizing hemp and hemp-derived products, a historic moment for a state long renowned for its opposition to cannabis reform.The new law will allow any farmer to apply to the state’s Department of Agriculture for a license to grow and cultivate industrial hemp. The Department of Agriculture now has 60 days to develop regulations for hemp cultivation, including fee collections, inspections, and testing procedures. It is expected that cultivation licenses will be granted by the end of this year, allowing crops to be planted at the top of next year.

The federal government legalized hemp and its byproducts late last year with the passage of the 2018 Farm Bill. This law officially removed hemp from the Controlled Substances Act, allowing hemp farmers to apply for federal insurance, as well as bank loans. Individual states need to pass their own laws to legalize this once-prohibited plant in their jurisdictions, and Texas just became the 43rd state to do so.

“I am excited that we have taken one more step towards giving producers in Texas the opportunity to grow hemp,” Agriculture Commissioner Sid Miller said, according to Dallas News. “Texas will be a leader in hemp production, and we will be submitting our plan and writing rules to follow the 2018 Farm Bill and the law recently enacted in Texas. This will be another tool for farmers that are looking to diversify their farming operations.”

Texas’ new hemp law also clears up longstanding confusion over CBD. The state previously categorized all forms of cannabis as marijuana, and CBD products containing even the slightest trace of THC were technically illegal. At Dallas Fort-Worth Airport, customs officers have been seizing record amounts of CBD medicines and arresting travelers possessing these items.

Hemp-derived CBD products are now completely legal in Texas, as long as they contain less than 0.3 percent THC, the limit established by federal law. Retail stores wishing to sell these products must register with the state’s Health Department, however.

“The Texas Legislature got at least one thing right this session when they legalized hemp,” Heather Fazio, director of Texans for Responsible Marijuana Policy, said in a statement to Dallas News. “Finally, Texas farmers are no longer cut out of this lucrative agricultural market. Plus, Texans are now free to use CBD without fear of arrest.”

Although Texas has at last joined the vast majority of states that legalized the use of industrial hemp, state lawmakers’ opinion on recreational marijuana remains unchanged. A recent bill to decriminalize minor cannabis possession recently failed in Texas, but lawmakers did pass a bill that modestly expands the state’s medical marijuana program. The bill, which adds terminal cancer, Alzheimer’s, autism, and several other ailments to the list of qualifying conditions for the program, is still being considered by Gov. Abbott, who has until Sunday to veto or sign it into law. 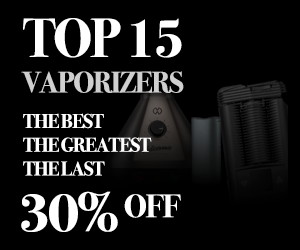